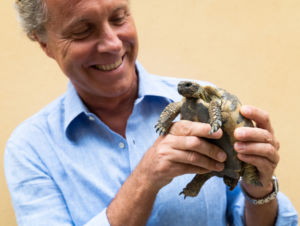 Neri Torrigiani set up his Studio in 1992, focusing primarily on graphics and packaging (for diverse businesses such as fashion houses, auction houses and wine producers), on communications and public relations (ranging from the setting up of the opening events for the most prestigious boutiques in the historic centre of Florence, to the creation of specialized guides and of many websites), on the organization of events (art, fashion and crafts exhibitions) and on interior design.

Neri Torrigiani works with many of the most important players in  Florence’s contemporary scene, such as  the Marino Marini Museum, Virgilio Sieni’s ‘Cantieri Goldonetta’, the ‘Gregor von Rezzori Literary Prize – Città di Firenze’ he is a member of the  Organizing Committee, the ‘Fabbrica Europa’ Association, of which he is a founding partner, and its festival of the same name. He was also a founding partner and manager of the Art project Quarter, the ‘Centro Produzione Arte’, as well as the co-founder of Extre Toscana Contemporanea for which he also worked as the head of communications in the EX3 centre.

This website uses cookies to improve your experience while you navigate through the website. Out of these, the cookies that are categorized as necessary are stored on your browser as they are essential for the working of basic functionalities of the website. We also use third-party cookies that help us analyze and understand how you use this website. These cookies will be stored in your browser only with your consent. You also have the option to opt-out of these cookies. But opting out of some of these cookies may affect your browsing experience.
Necessary Sempre abilitato

Any cookies that may not be particularly necessary for the website to function and is used specifically to collect user personal data via analytics, ads, other embedded contents are termed as non-necessary cookies. It is mandatory to procure user consent prior to running these cookies on your website.